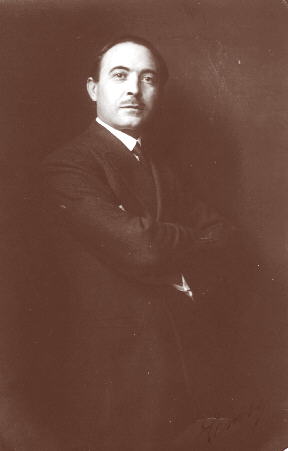 Nicolò Umberto Ciletti was born in S. Giorgio La Molara (BN) on the 9th of March 1883. His father was called Agnello Ciletti and his mother Giulia Barra. He was the youngest of nine children in a family of merchants of textiles and noble metals.

In 1900 he enrols in the Institute of Fine Arts of Naples where he becomes pupil of Michele Cammarano and Stanislao Lista, after enticing demonstrations of interest and passion for design.

The Artist makes his debut in 1903 with his participation to The Parthenopean Artistic Circle exhibition, and in 1908 at the II Quadrennial Exhibition of Turin. His further invite to The International Exhibition of Rome in 1911, attests that the young painter had been noticed by the pubblic as well as the contemporary masters.

In this same year  Ciletti moves to New York (1), where he is given the opportunity to encounter the latest modern American Art. In 1915 he returns to Naples, where he happily becomes parte of the glamorous neapolitan cultural scene: from then on numerous personal and joint exhibitions follow one upon the other; he also joins the group of Salvatore Di Giacomo, and enjoys the poet’s friendship and esteem – also thanks to their common passion for photography – as is testified both by epistolary papers and the young painters choice to illustrate some of Di Giacomo’s works. He futhermore assiduously frequents artists, cafés, fashinable meeting-places and his name is often mentioned on the contemporary newspaper chronicles.

In 1916 Ciletti appears amongst the Neapolitan painters and sculptors to whom Boccioni addresses The Manifesto of Southern Painters. In 1917, King Vittorio Emanuele III buys one of the paintings, before the actual opening, at The XXXVIII Promotrice Salvatore Rosa exhibition, that belongs to Ciletti himself. In the same year the painter moves to where once was the personal studio of Domenico Morelli.

In 1919, at the Floridian Exhibition, King Vittorio Emanuele III buys another painting (of Ciletti), which at present enriches the collection of The Picture Gallery of the Quirinal.

In the vicissitudes  of the period immediately after the First World War, Ciletti’s name is associated to those of various artists (Balestrieri, Curcio, Fabbricatore, Guardascione, La Bella, Panzini, Viti) who decide to organize a self-contained association in order to be able to have a durable residence and the possibility to exhibit. 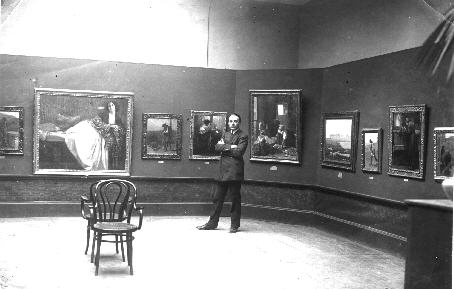 In 1922, by invitation of Sem Benelli, the artist participates to the National Exhibition of La Fiorentina Primaverile, held in Florence at the Palace of Exhibitions in San Gallo Park.

In 1924 Nicola Ciletti marries Fryda Laureti, a writer, poetess and paintress, and  participates to The Biennial Exhibition Of Art in Venice – XI International Edition, receiving a considerable amount of success. In the same period, he illustrates the poems of Edoardo Nicolardi, later edited in 1928.

In 1929 he encounters extreme difficulties for the violent appearance of the Circumvisionismo of Marinetti, and the U.D.A. The artist still manages to exhibit his personal paintings in the Permanent Exhibition hall of the Artistic Circle in the Comunal Villa of Naples (March 1932). However, a few days after the opening of this exhibition, he is forced to flee Naples because of the repeated threats of a group of bullies.

In 1932 Ciletti retires to Benevento where he holds triennial courses of design and painting, that were entrusted to him by the Provicial Council of the Corporative Economy. In the same period the artist presents two grand personal exhibitions: the first at the XV Show of Milan in 1934, and the second in Legnano in 1935. He also exposes his paintings in Benevento in 1942 and in 1946. 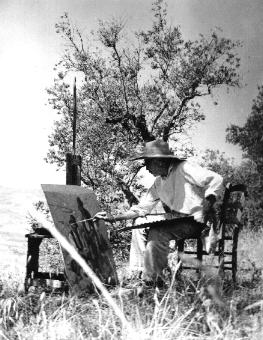 The artist again exhibits his works in Benevento in 1954 and in Rome, at The Palace of Exhibitions, in 1958; then in Naples at the Zagara gallery and finally again in Rome, at the San Marco Gallery, in 1965.

An independent artistic temperament, rebel against the trends of the time, Ciletti was a sharp observer and interpreter of a reality that he expressed with a consistent, sinthetic and extraordinarily luminous stroke of the brush. His moral strength, that accompanied him throughout his whole artistic and personal life, directed him towards a tranfiguring  realism, together with a particular attention to the rustic world, that he often interpreted as a metaphor of incommunicability, rather than as realism.

(1) Nicola had a particular relationship with New York because of his family.

Here is the family bridge between Italy and U.S. according to Stanley Ciletti. 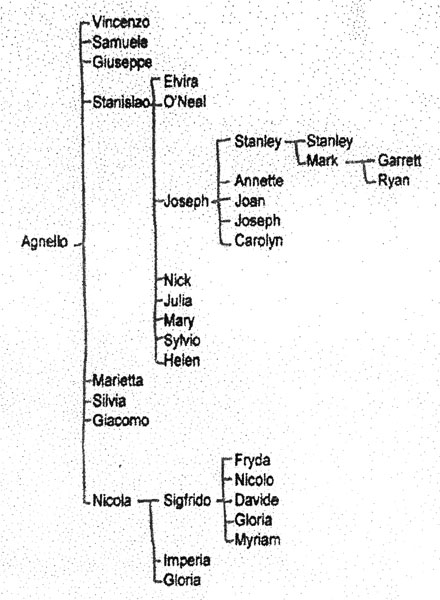